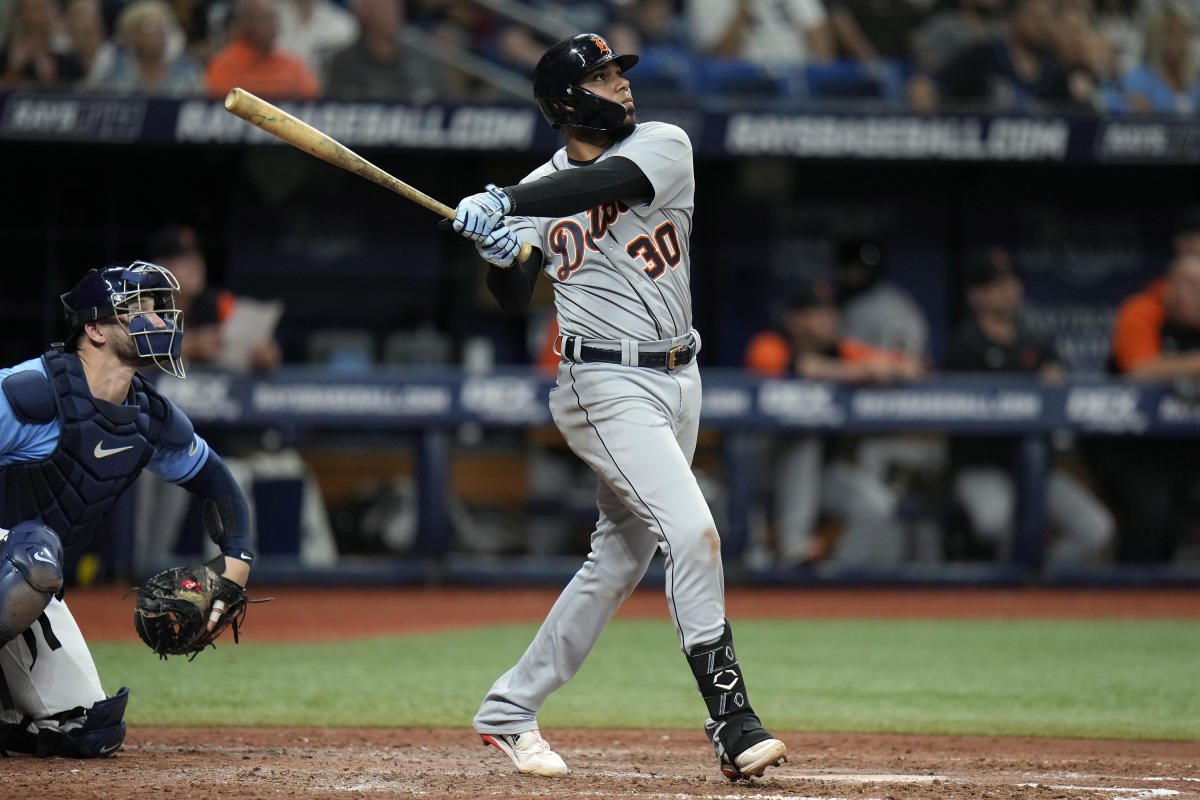 Harold Castro hit his first home run of the year with two outs in the ninth inning, a tiebreaking shot that sent the Detroit Tigers past the Tampa Bay Rays 3-2 on Monday night for their season-best fourth straight victory. Jonathan Schoop hit a two-run homer that put Tigers rookie Alex Faedo in position for his first major league win, but Brett Phillips helped the Rays erase their 2-0 deficit with a home run in the sixth and a leadoff double against Fulmer in the eighth.
Read More from this story

Detroit Tigers News from Yahoo Sports Should Tigers have promoted someone else to replace Javier Baez? 6 takeaways from busy weekend

The Tigers have a two-day break after nine games in nine days. Read More from this story

Luis Severino's first spring training outing wasn't one to remember in a loss to the Detroit Tigers. Read More from this story